Lay Report: Victory for the Tortoise 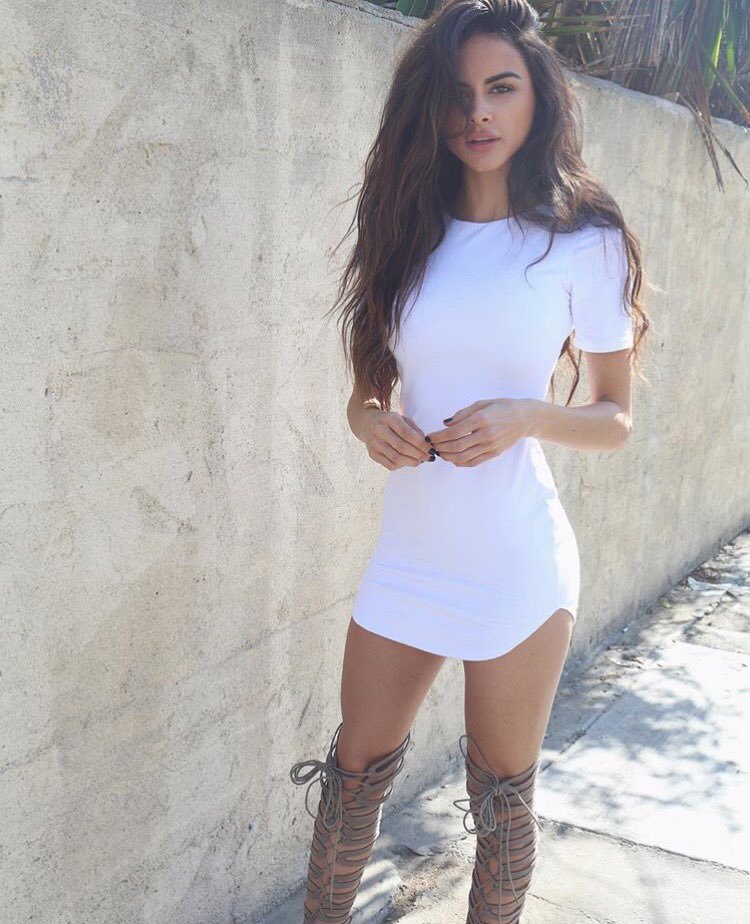 I finally converted the near miss from my last post to a lay and with it I captured the Indian flag as well as bagging my first daygame lay in Australia. It took a lot of patience and I broke almost all of my usual “rules” when it comes to dating…

I’ve already had two dates with this girl and I had established that she is K-selected but willing to experiment. I’d already taken her further and faster than she’d ever been with anyone before but her forebrain stopped her on both occasions. My strategy going forward was not to rush it, neither of us were in a hurry as we both lived in the city and shock horror, I actually liked hanging out with her, a girl!

I went into the city centre to do some daygame, the quality was terrible (as usual) and I ended up going shopping instead. As I was doing so she texted me asking what I was up to. We met for dinner and then went back to my place together. We played around and again there was no sex.

She confessed that she was actually married to her one and only boyfriend and only came to Australia to get away from her friends and family whilst the divorce went through. She also told me that he was the only person she had sex with and the last time was over TWO YEARS ago.

She texted me during the day asking what I was up to that evening. I told her I had a rock n’ roll evening lined up doing laundry and meal prepping for the week. She joined and helped me with my laundry and the cooking.

It was a horrible weekend in Melbourne with 3 days of almost constant torrential rain. She text me during the day with a long apologetic message something along the lines of “I’m really sorry but my almost perfect cycle has been haywire this month and I still have my period. I understand if you don’t want to see me tonight”. FUCK.

I didn’t have any plans so I agreed to let her come round and cook for me anyway. She’s a vegetarian so she cooked me a veggie curry thing, it was nice but I made some meat separately and added it to the curry. This obviously made it taste 100 times better and I enjoyed telling her this. She called me a dick, which I noticed she was saying more and more often. This is good. Before she left I told her that I had a surprise for her and to keep Monday night free… It would be an adventure date.

I had bought two tickets to see Milo Yiannopolous in Melbourne a month or so previously and it was now the night of the show. I didn’t have anyone in mind to take along with me when I bought them, I just knew that I wanted to go. My girl had been texting me all day trying to figure out where I was taking her and asking what she should wear. I decided that it probably wasn’t fair to take her here without some prior knowledge. I sent her a link to a video of Milo ripping a local Australian Muslim feminist to shreds and she responded with hilarious laughter. She was in.

As we arrived at the venue there were rows and rows of police stood in a line blocking the entrance. I turned to my girl and I could see the fear on her face “is this safe?!” I told her we would be fine, showed our tickets to the police and they made a gap in the line for us to pass through. There were about a hundred protesters waving banners and shouting obscenities trying to get reactions out of anyone attending the show. My girl was scared, she got on the inside of me and pulled herself in to try and hide from the friendly lefties. A short overweight hipster girl (presumably lesbian) screamed at her “how can you participate in this misogyny?!” 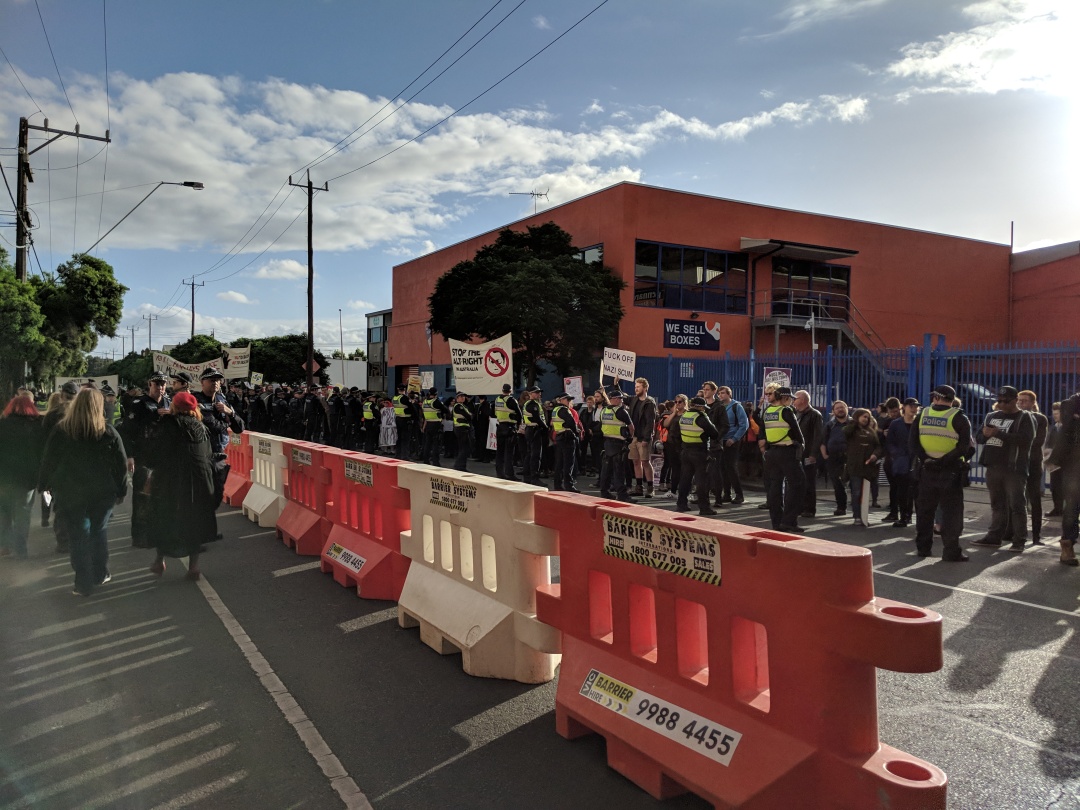 Having not been really sure what to expect, my girl thoroughly enjoyed the show. We got some food afterwards and headed back to mine. On the way back she informed me that she was STILL on her period. I told her I didn’t believe her but I didn’t make a big fuss about it. She promised again that we would do the deed next time.

I worked late and met her at around 9pm in the city centre. She turned up looking her most promiscuous yet, in a black dress and heels and had put on more make-up than usual. Would this finally be the night?!

We went for dinner and I made sure not to mention her period or sex throughout the evening. We were chatting about our respective weeks at dinner when I announced that I bought a condom, her face dropped and she couldn’t look at me. I pulled out my phone and said “look, do you like it?” I’d bought a new cover for my phone, she packed up laughing and playfully punched me saying “you are SUCH a dick!”

We got a cab back to mine and as soon as we got into the flat the clothes were off and we were in the bedroom. It took a long time before she would let me get my dick anywhere near her vagina, she insisted on more kissing and foreplay. We must have been doing this for about an hour before I lost my patience, slapped some lube on my dick and pushed it in. She screamed loudly, it was easily the tightest vagina I’d ever experienced and I have banged virgins who were a lot younger than her. I let it sit there for a few seconds and told her to relax. I got a couple of thrusts in before she pushed me off whilst screaming in pain. I reckon I was in there for 10 seconds max.

We fooled around a bit more but she kept pushing me away every time I tried to make a re-entry. Eventually I got bored and I even told her this. I gave up at around 2am and went to the bathroom. I wasn’t sure if this qualified as a notch but my twitter followers unanimously agreed that it was. We fell asleep at around 3am and I made us eggs the following morning as she sat on the couch.

You might ask if this was all worth the effort. Obviously, it wasn’t and if I was on a Euro Jaunt I would have had one date with her and given up. But I’m not on a Euro Jaunt so I’ll probably see this girl more and the sex will get better. I don’t mind having a MLTR with a girl I enjoy spending time with whilst doing the odd spot of daygame for the remainder of my time in Melbourne, there isn’t exactly a lot to shoot at out on the streets.

I am not Roy Walker. I don't look like him, I'm 44 years younger than him but I do sound like him as we hail from the same land. This is not a tribute to Roy Walker. I am using his name solely to maintain anonymity. Roy hosted an 80's TV show called Catchphrase (it's still going now but has a new presenter). On this show contestants try to guess well known catch phrases or sayings from animated picture puzzles. In an effort to assist the contestants Roy Would say "Say what you see!" In his Norn Irish accent. I think of Roy every time I approach a woman. Not in a sexual way. When I am approaching these women I am typically on the street, during the day, sober. I am a daygamer. View all posts by roywalkerdaygame

8 thoughts on “Lay Report: Victory for the Tortoise”